It’s a mild wet January night and I’ve been out to see what’s happening in the woods and byways.

To my delighted surprise the hedgehog mushrooms (Hydnum repandum) are still putting out fresh growth, we had many a feed of them throughout Nov and Dec and they have continued, a very tasty little morsel served alone or with steak and pink pepper,Yumm.

Also the Wood Blewit (Lepista nuda) though I found just one on Dec 26th.

You may also find some Jew’s ear fungus (Hirneola auricula-Judae) they often grow on dead or dying Elder trees.

For me the plant of the month has to be Dandelion(Taraxacum officinale)or specifically the root of the plant.

now is the time to dig the roots and dry for Dandelion coffee. dandelions are terrific plants with so many health benefits and roots should be harvested during winter months while all the energy here. As the weather is mild and damp it should be easy to dig them just now.

When you have dug them, scrub well,chop and roast in oven at about 150 degrees centigrade till they are coffee colored, store in airtight container when cool and grind to make coffee.

Dandelions are rich in Iron, Magnesium,Calcium,and other minerals, plus Vitamin  A, B1 B2 B3 B5  C and E.

they relieve degenerative joint disorders, are well recognized as liver and kidney boosters and also reduce blood sugars.Not bad for one very common plant, and that’s not all, we can talk about the leaves and flowers later in the year but here is an interesting snippet from herbalist Isabel Shipard, “dandelion plants are said to breathe out ethylene gas….. by growing dandelion under fruit trees the ethylene gas given off can aid in the early ripening of the crop” now that is something to try.

Also appearing on a wall near you, especially if the wall is lime free is Navelworth (umbilicus rupestris) I love the leaves to munch and they are at their best early in the year.

This year the Chickweed (Stellaria media) has continued to grow fresh all winter, I keep a small jar of pesto made from it in the fridge and whizz up a fresh batch every now and then, it’s another amazing herb, particularly good from anyone with bowel disorders.

So it may be winter, but well worth getting out and getting some fresh greens or Dandelion roots, maybe even a mushroom for supper.

Yes they are about, the first few Chanterelles, Oysters and I expect field mushroom are showing and with this latest moisture in the air we should see lots more, Ceps etc.

I eventually, eventually got to inoculate logs with the plug spore of Blue Oysters,(Pleurotus ostreatus) And Shitake (Lentinula edodes)mushrooms, a little late bit fingers crossed they will forgive and flourish. 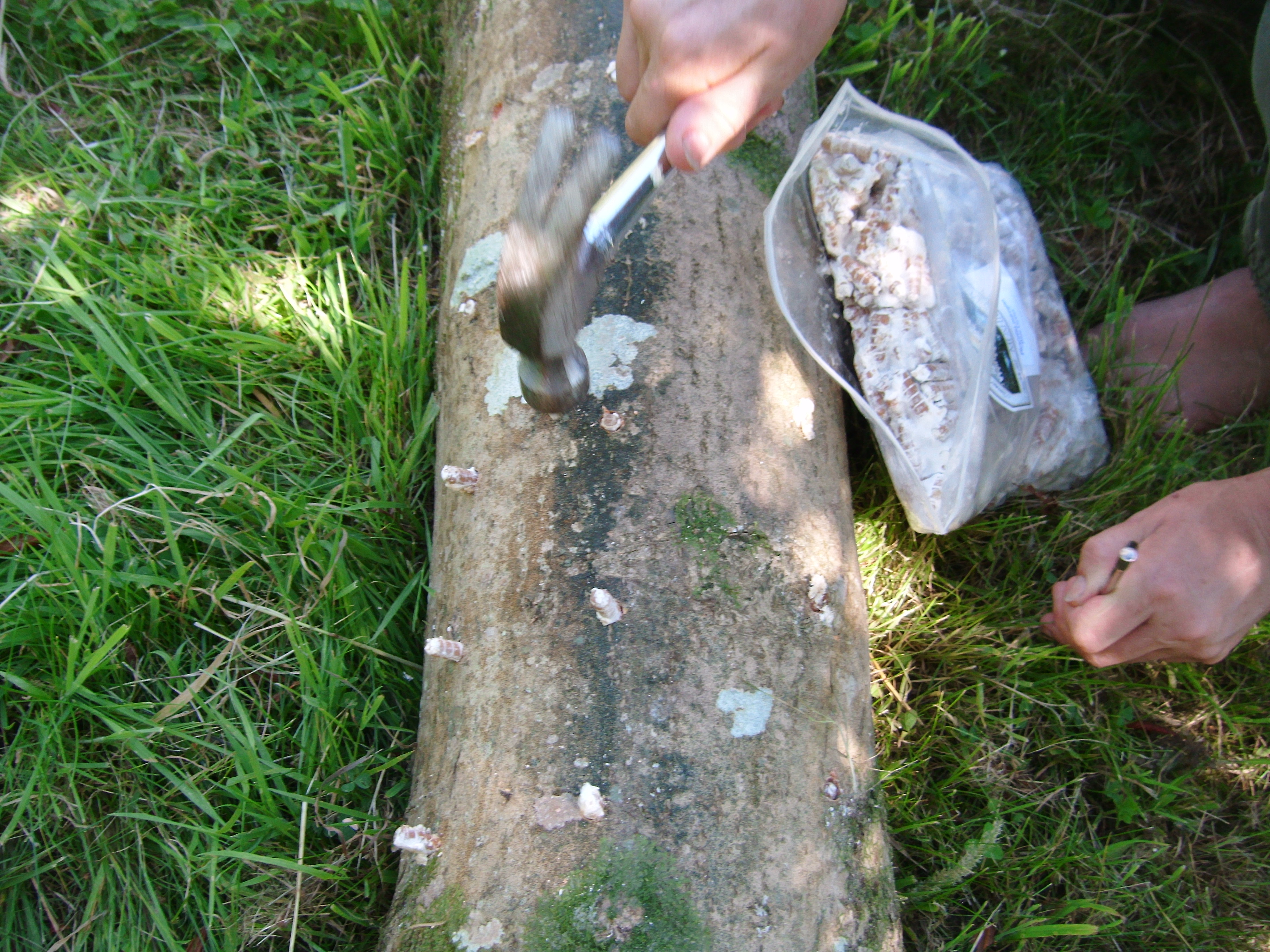 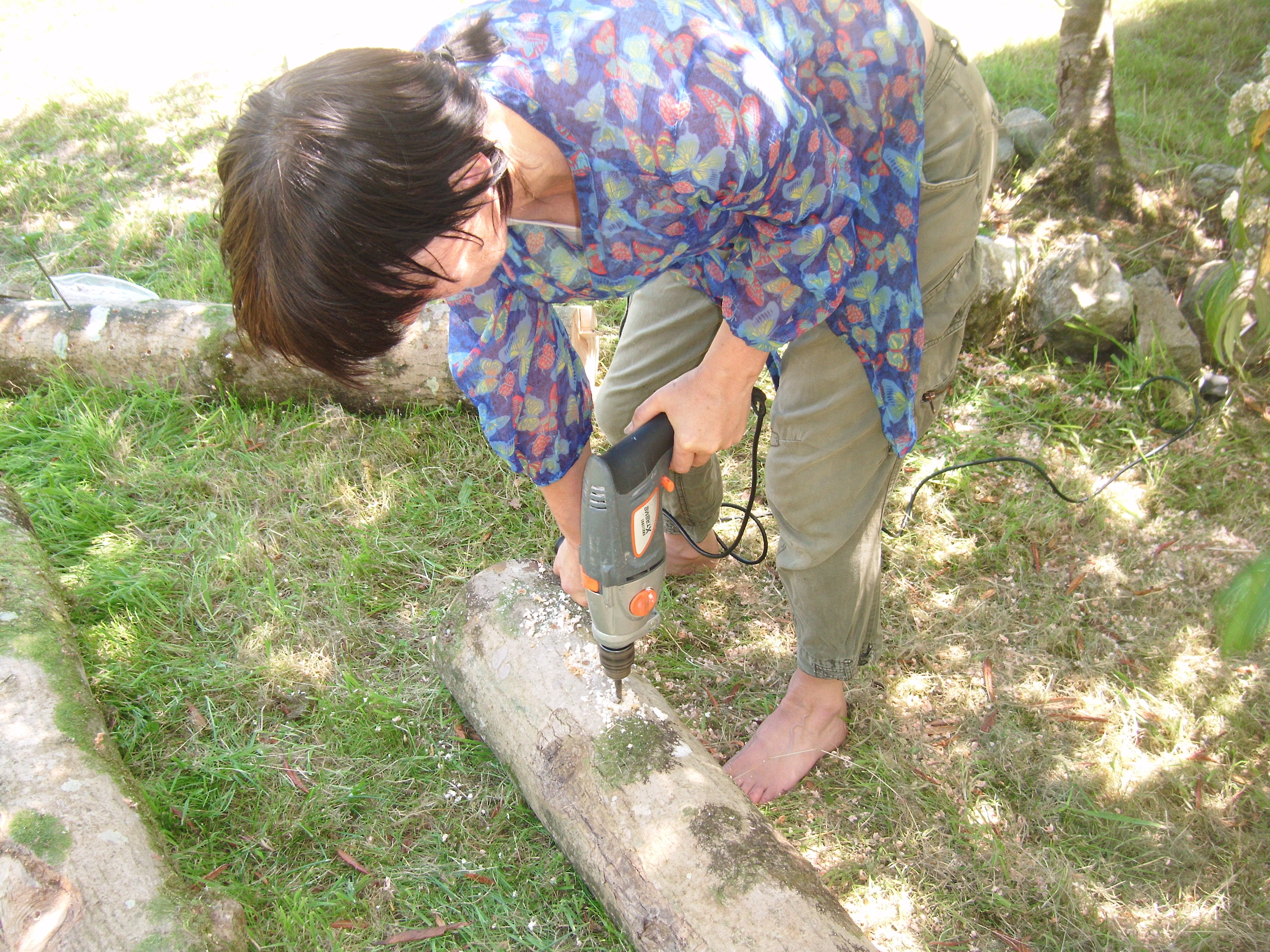 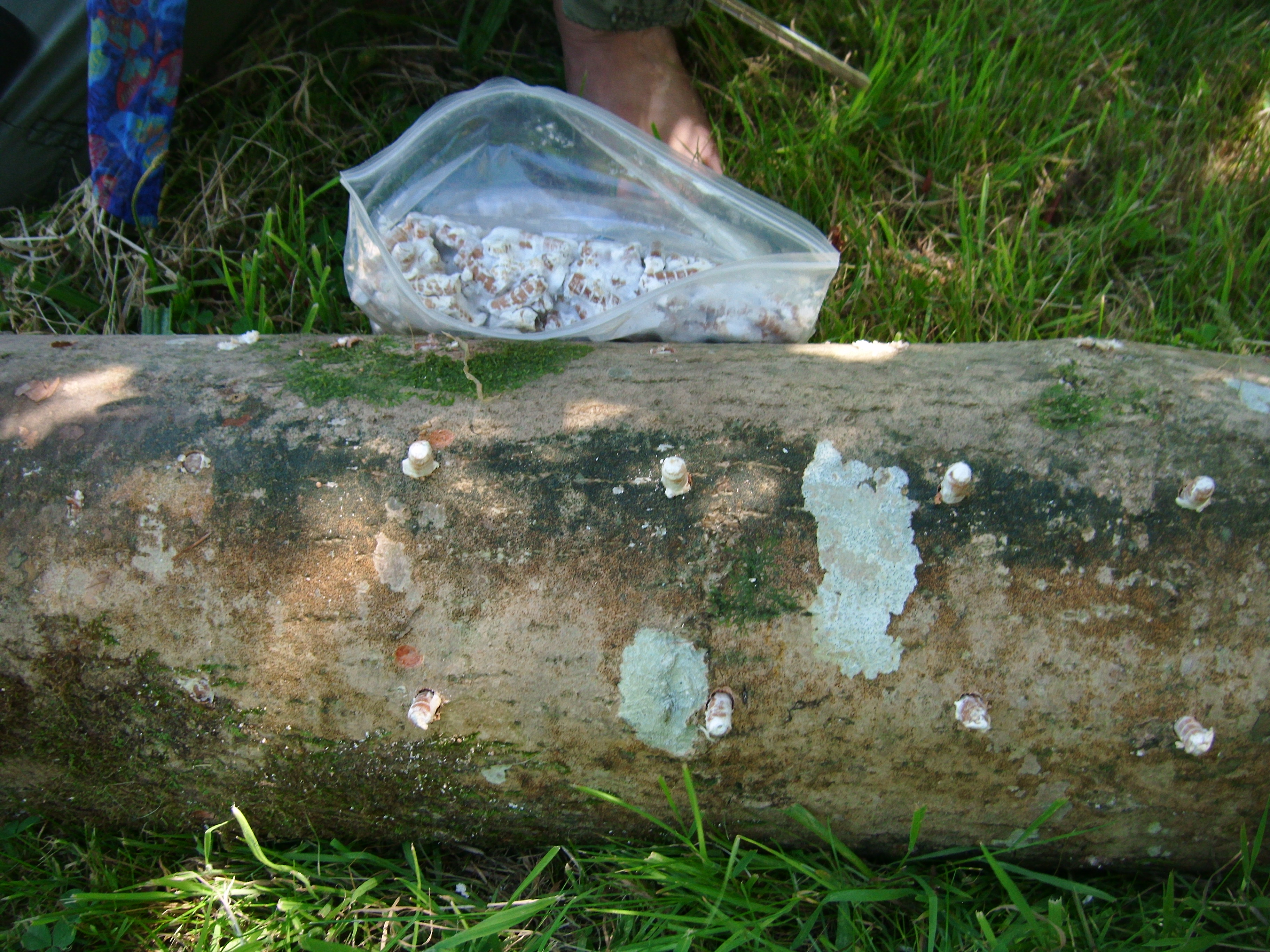 Rustle in your hedgerow 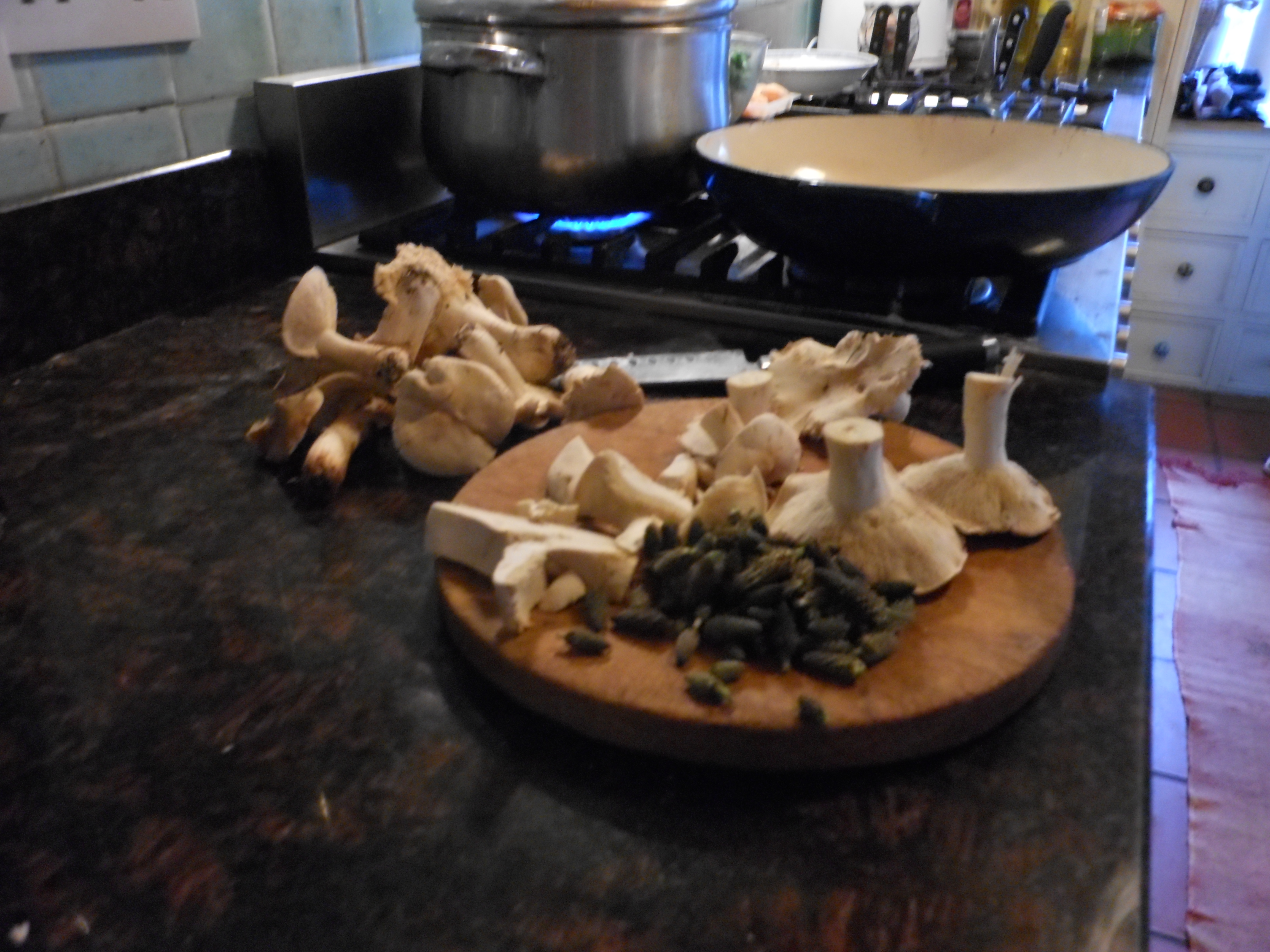 If there’s a rustle in your hedgerow, don’t be alarmed… get out and investigate.

Well May has been very busy so far, I’ve been away in Washington state among the stunning Cascade mountains and while there had the pleasure of accompanying a local mycologist and true gentleman, Jim on a mushroom hunt, we gathered a basket of Bohemian Morels,(Phytoverpa bohemica) delicious, thank you Jim.For sharing your knowledge and good company. I had some Jelly Fungus(Hirneola auricula-judea)   from my own Elder stumps in April.

I also picked up some plug spawn for Shitake(Lentinula edodes) and Blue Oyster (Pleurotus  ostreatus) which I’m very much hoping to grow in storm damaged hard wood logs, I will keep a diary of the process and seek others to join in the experiment.

I arrived home to a garden chock full of Dandelion Flowers just crying out to be used for syrup, jelly or wine.the Plantain is also flowering. A quick trip to my friendly farm neighbor yielded a nice scarf full of St.George Mushrooms (Calocybe gambosa) so dinner featured these lovely mushrooms cooked simply with butter and onion a handful of Plantain buds, a good grind of black pepper.

The Garlic-mustard is in flower and unmistakeable at the moment. It makes better pesto than Ramsons in my opinion being much easier to digest.

The Beech leaves are coming out and now is the time to lay down some booze for future gifts.